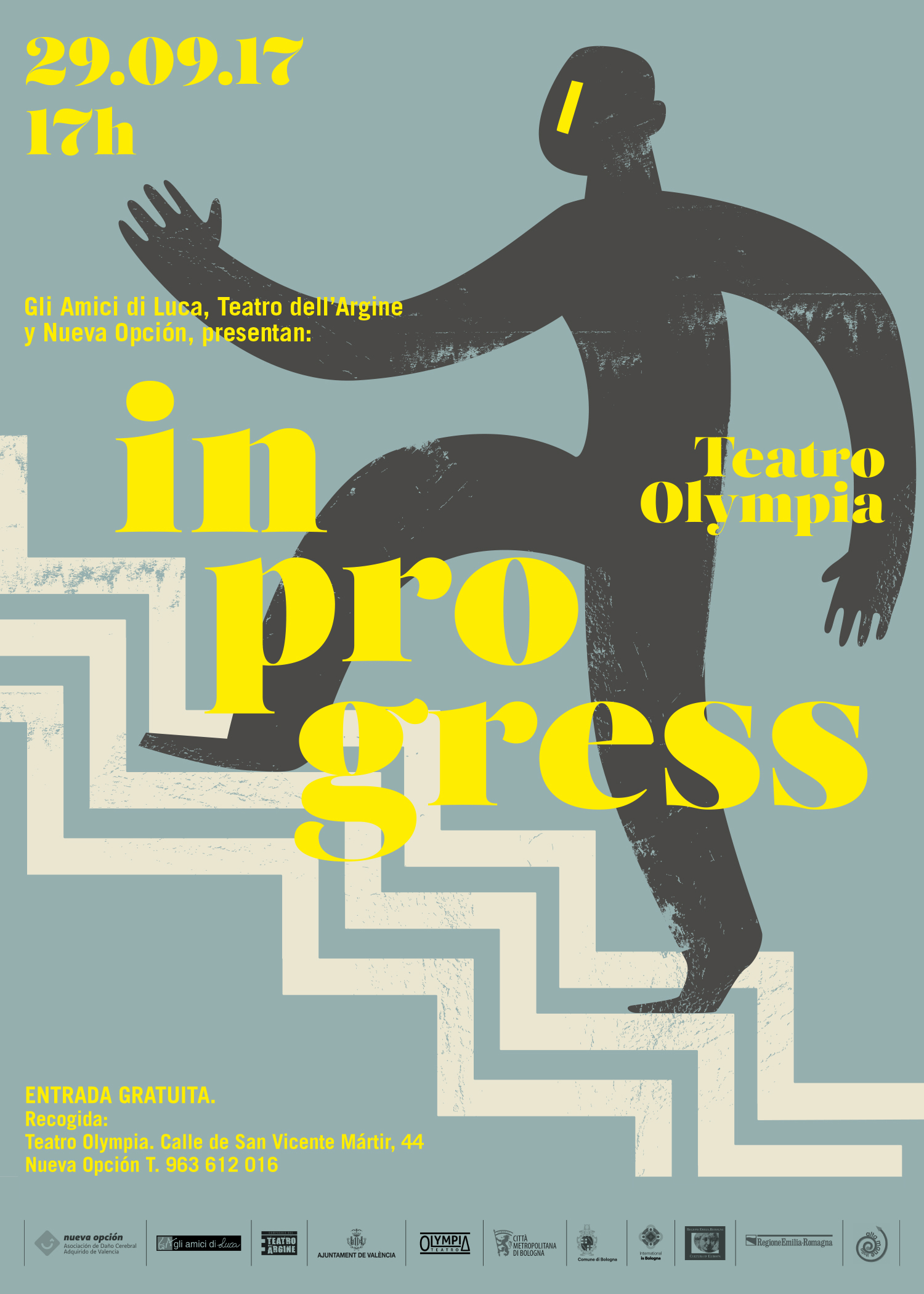 On September 29, 2017 at 5:00 p.m., at the Olympia Theatre of Valencia, “In Progress” will be staged, a work realized by the two theatrical companies of the Casa dei Risvegli of Bologna along with a Spanish theatrical group, the Nueva Opcìon Association.

The performance is the result of joint theatrical workshops involving the two associations in the days before the show.